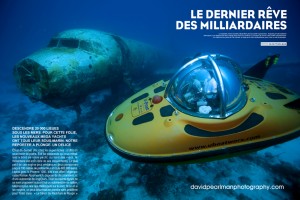 In June 2010, Paris Match selected me to photograph the Dutch made U-Boat Worx C-Quester, a three-man submarine that I had photographed for the manufacturer in January.  I packed my underwater photography equipment, and flew from my Boca Raton studio to Aruba for the shoot. The day of the photo shoot began with some of the worst rain that this tiny Caribbean island had witnessed in the past two years.  But the shoot could not be postponed, despite the deluge of rain. Fortunately, in the mid-afternoon, the clouds parted. The clear skies allowed light to penetrate deep enough for me to create these images. On July 2, 2010, my images were published by Paris Match, which is a leading French magazine with a circulation that sometimes exceed one million. 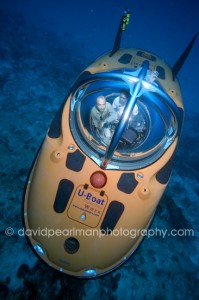 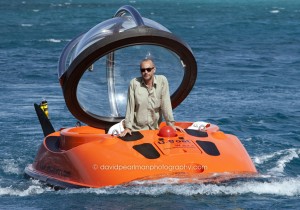 This entry was posted on Thursday, July 22nd, 2010 at 4:12 pm and is filed under Photographer's Notebook. You can follow any responses to this entry through the RSS 2.0 feed. You can trackback from your own site.