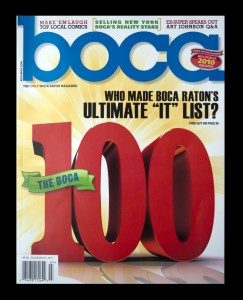 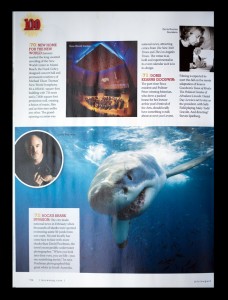 Coming in at #72, between Pulitzer Prize winning author Doris Kearns Goodwin #71, and Salman Rushdie #73, David was honored in Boca Raton Magazine’s, ULTIMATE “IT” LIST in their July/August 2011 edition.

[72] Boca Shark Invasion:  The city made national news in February when thousands of sharks were spotted swimming some 50 yards from our coast.  No one locally has come face to face with more sharks than David Pearlman, the town’s most prolific underwater photographer.  “When you look into their eyes, you see life – you see something mystic,” he says. Pearlman photographed this great white in South Australia.

This entry was posted on Tuesday, June 28th, 2011 at 12:07 pm and is filed under Recent News. You can follow any responses to this entry through the RSS 2.0 feed. You can trackback from your own site.